By Anjali Shah on April 25, 2012 · Last Updated on April 25, 2019
This post may contain affiliate links. Please read my disclosure.
Share This:
Jump to Recipe Print Recipe 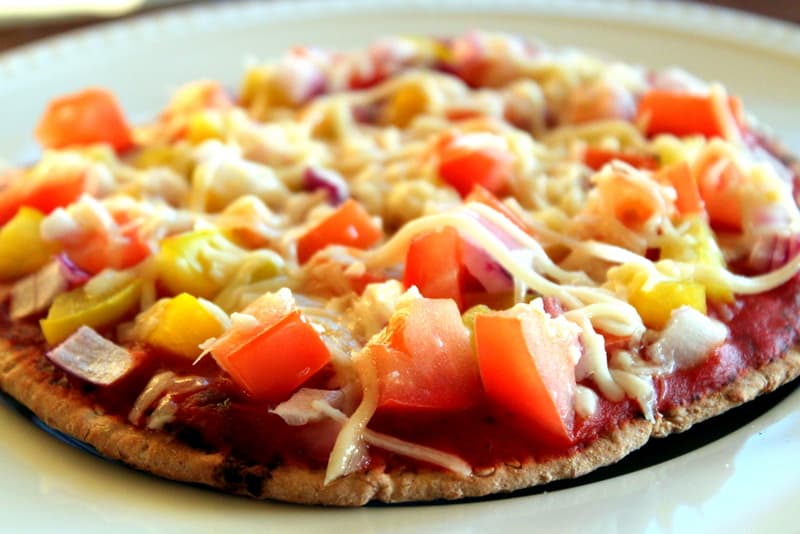 Question: How do you get someone who loves pizza and wants to eat it at every meal to eat a healthy version of pizza that you can make in 15 minutes?

Pita Pizzas are a go-to meal in our house, pretty much every week. I remember when I first suggested the idea of pita pizzas to my husband. It was a couple years ago, and we wanted to make pizza but didn’t have any dough. I suggested using pita bread for the dough, and he looked at me like I was crazy.

I remembered loving pita pizzas as a kid, and so I figured there was no way he wouldn’t like it as well. There’s something about a whole wheat pita that just gives such a great texture and hearty flavor to the pizza crust.

And you can load it up with any toppings you like: tomatoes, peppers, onions, spinach, kale, roasted potatoes, goat cheese, feta, artichoke hearts, fresh mozzarella, parmesan, butternut squash… I have to stop myself right now because I’m getting hungry just thinking about it.

For these pizzas, I chose: tomatoes, yellow peppers, red onion, fresh parmesan. I like to load it up with veggies and then put the cheese on top. It literally takes 15 minutes and you end up with a healthy and filling meal (husband approved of course!) 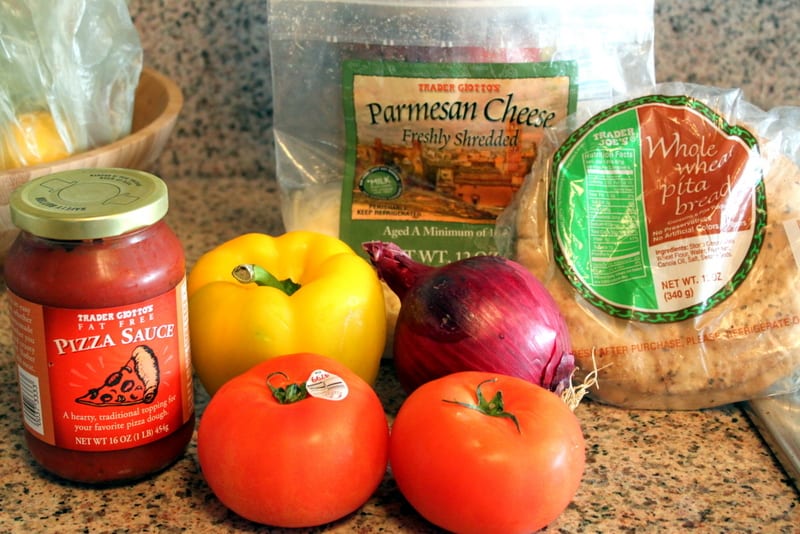 Step 1: Warm your pita bread in a toaster oven or in a pan over low heat and chop your veggies 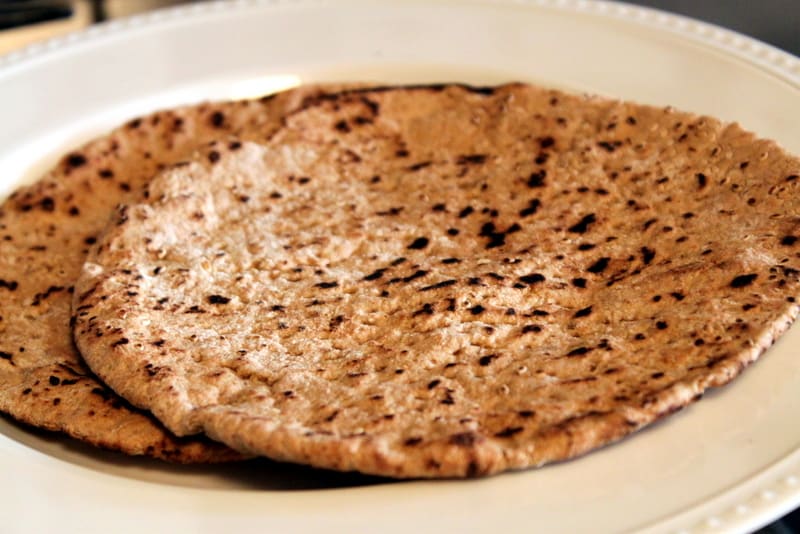 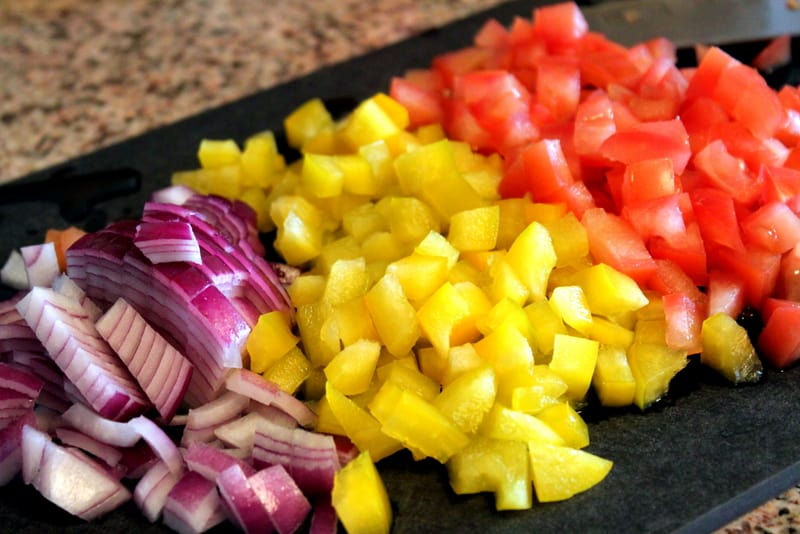 Step 2: Top 1 pita bread with 1-2 Tbsp sauce, and a handful of each of the veggies (use as much as you like – the more veggies, the more fiber and nutrients are on your pizza!) I like to use a ton of veggies. 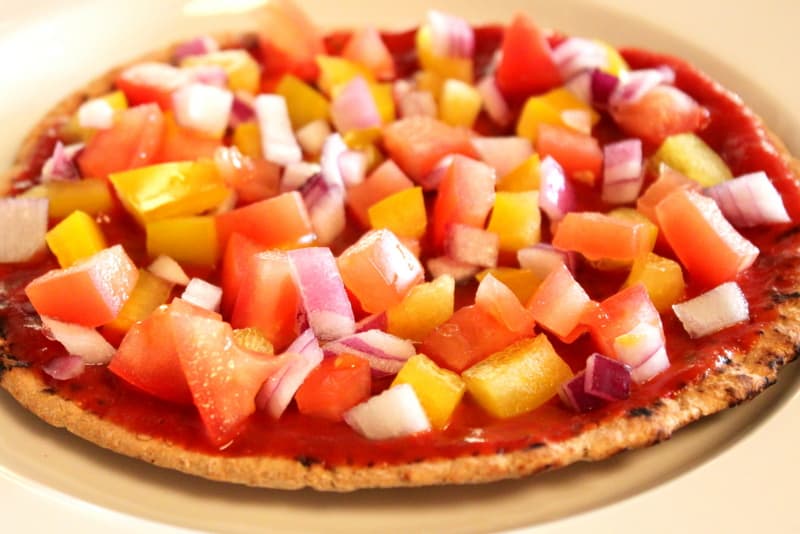 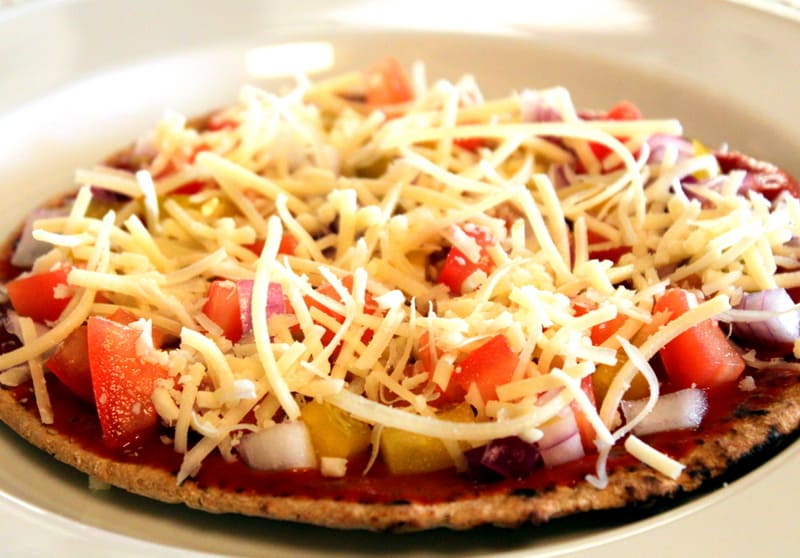 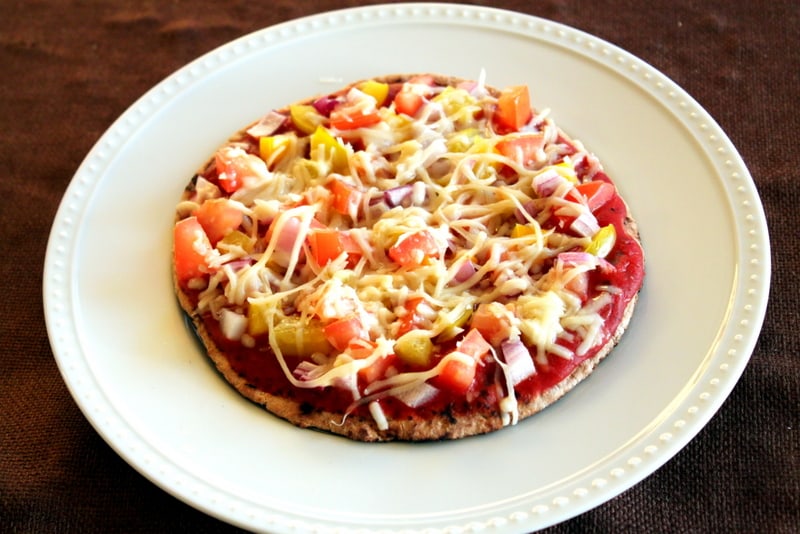 You definitely won’t feel deprived of pizza while eating this wonderful, cheesy, goodness.

The husband was surprised as to how good it was. “I really like this!” was his reaction (almost in spite of himself). That was over two years ago, and we’ve been making this ever since. 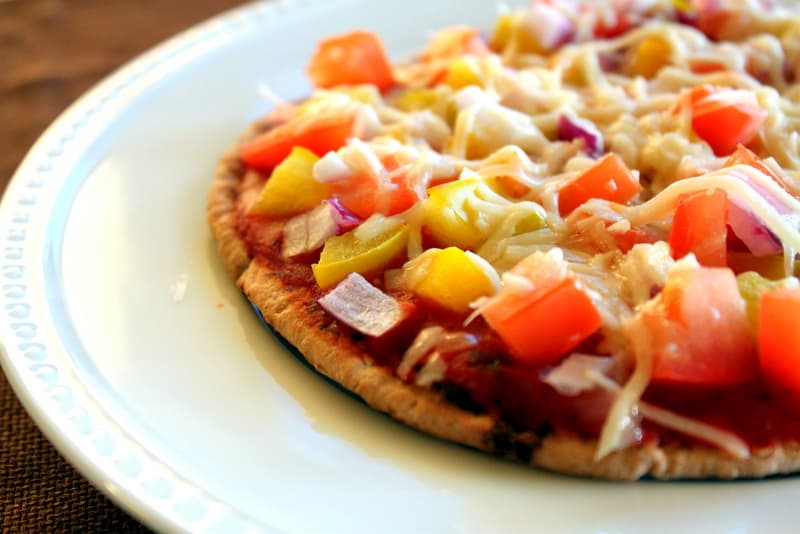 And that’s for an ENTIRE pizza. Doesn’t that just make you want to devour this whole plate of deliciousness? Go ahead, take a bite. 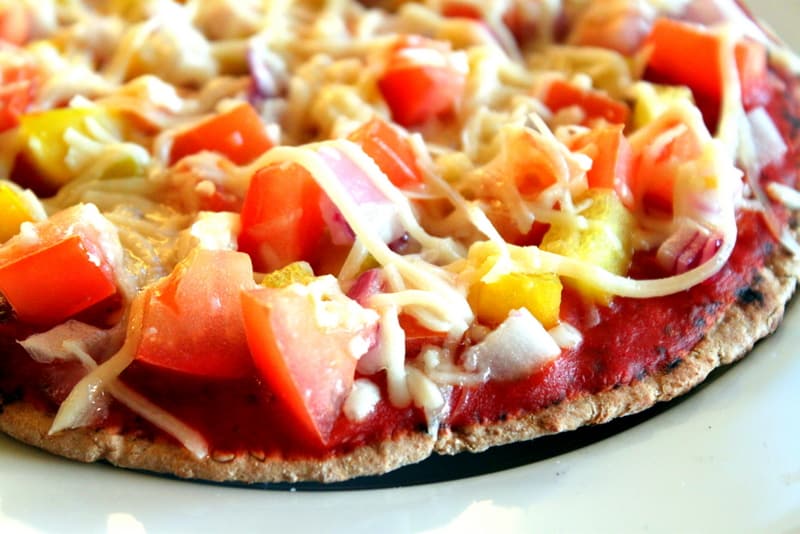 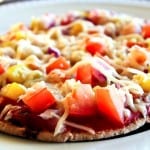 Question: How do you get someone who loves pizza and wants to eat it at every meal to eat a healthy version of pizza that you can make in 15 minutes?Answer: Make whole wheat pita pizzas!
Prep Time5 mins
Cook Time10 mins
Total Time15 mins
Course: Main Course
Cuisine: American
Servings: 4 servings
Calories: 276.5kcal 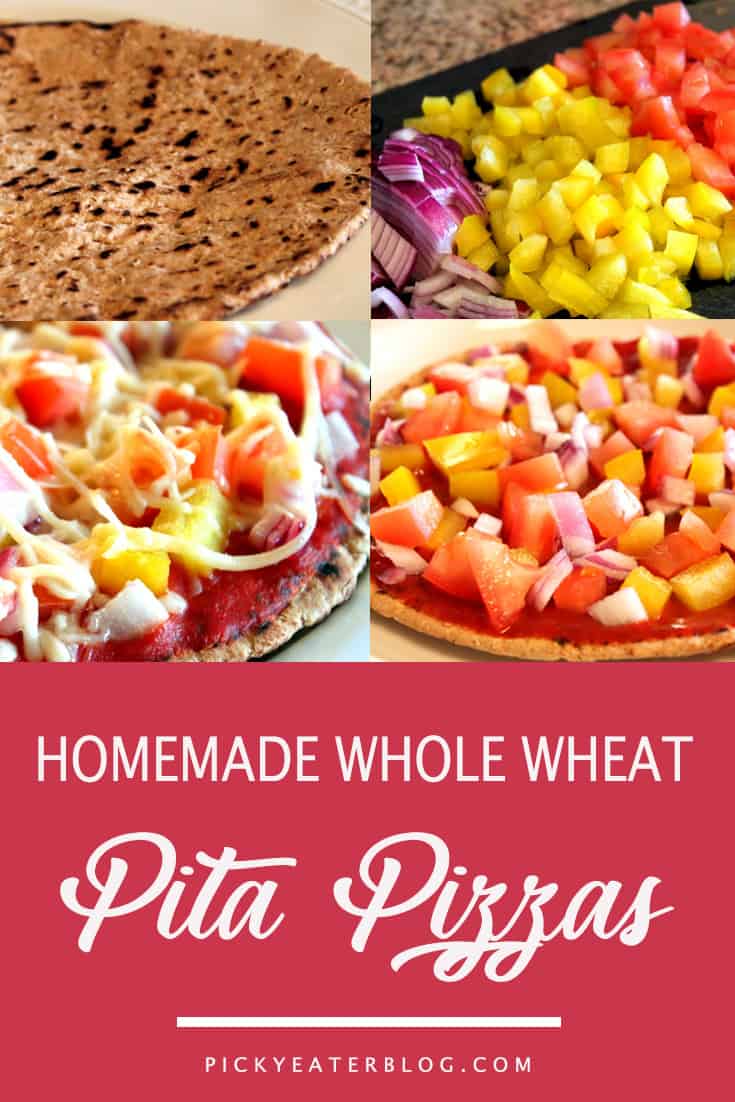