Are European Baby Formulas Safe To Use?

By Anjali Shah on June 19, 2019 · Last Updated on October 26, 2022
This post may contain affiliate links. As an Amazon Associate, I earn from qualifying purchases. Please read my disclosure.

As all of you know, I’m passionate about helping parents finding the best baby formula for their little ones: formulas that are organic, formulas that are free of added sugars (which can come in the form of — glucose syrup solids, sucrose, sugar, corn syrup, brown rice syrup, etc.) and free of heavily processed ingredients like ascorbic palmitate or maltodextrin.

I struggled with nursing both of my kids, and I was exhausted by the unrealistic, un-empathetic pressures put on new moms to nurse exclusively no matter what. Because of that, I feel it’s important for moms to be able to find a formula they can feel good about giving their baby, in the event they can’t or choose not to breastfeed. So far, that formula is European formula since most US formulas don’t measure up.

Which is why, when the NYT article came out, I was hoping they’d provide a balanced view of the pros and cons of the best organic baby formulas made in the US vs. European formula. Instead, I found their article to be one-sided, confusing, poorly researched, and misleading.

What are my objections to the NYT article? And where does their reporting fall short? Here is a breakdown of the inaccuracies and errors in the piece that are not up to the standard I’d expect to see from the NYT.

The article attempts to make the point that European formulas like HiPP, Holle, and Lebenswert are risky because they have not been reviewed by the FDA. However, it buries the most fundamental point—that, in its own words, “food safety standards for products sold in the European Union are stricter than those imposed by the F.D.A.”—until readers are three quarters of the way into the article.

To help all of you better interpret the article, I’ll discuss each point the article makes, explaining where its analysis is faulty, and outlining which risks parents actually should look out for. (As with many infant products, there are pros and cons that parents can and should navigate with European formula—they just aren’t the ones the article primarily focuses on.)

This is perhaps the most important question of all. Parents buy brands like HiPP and Holle because they, and I, see them as the healthiest options available. So is this true?

The Bottom Line: European formulas are popular for a reason—they are far cleaner, and many parents don’t want to expose their children to the toxins all-too-frequently found in US formulas.

Do European formulas have equivalent options available in the US?

The Article Claims: “Parents in the United States may not realize that European formulas labeled hypoallergenic aren’t meant for children with cow’s milk allergies.”

The Reality: This is a bizarre claim that, as seems to be the article’s style, requires careful reading deeper into the article to debunk.
After this initial statement, the author goes on to state that the issue with these formulas is that they would not be labeled as hypoallergenic in the US, because formulas must undergo clinical trials in the US to be labeled as hypoallergenic.
It does not, therefore, make any point about whether HiPP HA actually is or is not hypoallergenic—just that it has not undergone clinical trials in the US, which, given that it’s a European formula, should again come as no surprise.
As thousands of American parents of children with allergies to cow milk proteins and many millions of European parents will tell you, HiPP HA is very effective at reducing these allergies.

The Bottom Line: The article’s evidence (that European hypoallergenic formulas haven’t undergone clinical trials in the US) does not match its claim (that HiPP HA is not meant for children with cow’s milk allergies), and the disconnect here is very misleading and disappointing. As many parents and pediatricians will attest, HiPP HA (and its counterpart, HiPP Comfort) are a great option for children with cow’s milk allergies.

The Article Claims: “Unofficial formula vendors may not store the powdered formula properly, raising the possibility of bacterial contamination, product deterioration or loss in nutrient density.”

The Reality: By and large, this claim is similar to saying “There is a risk your food provider is unsafe and unethical, or at least ignorant”. The FDA does not regulate transportation or storage of formula in general. Your local bodega stocking even the best US formulas would be just as likely to store them improperly for long periods of time. This concern applies to all formulas, regardless of where they are from.
All serious formula distributors take great care to ensure the end-to-end safety of formula throughout their supply chain, holding themselves to the highest safety standards.

The Bottom Line: Of all claims made thus far, this is the one that parents should be most cautious of. As there are many retailers available, parents should stick to the largest, most established ones, which tend to have stronger supply chains and warehouse operations. Some suppliers publicly publish the standards they adhere to in ensuring temperature regulation and quality control in their import and storage processes, and this is something parents should look for as well when choosing their suppliers. As with any product you buy online, parents should read reviews and stick to the more established suppliers, and they will have nothing to worry about.

Would US vendors know if any European baby formulas are recalled?

The Article Claims: “There is no system in place to notify consumers in the United States if any of these formulas are recalled.”

The Reality: I researched this one by speaking with the moderators of the 20,000+ person HiPP & Holle Formulas Parent Support Community Facebook group mentioned in the NYT article, as they had surveyed dozens of vendors on this question.
The responses from all vendors they asked was uniformly that they all have personal, direct relationships with the manufacturers of these formulas, and would be immediately informed if any recalls happen. The vendors would then inform customers directly via email and phone. The community as a whole also regularly monitors news feeds from European formula brands and is in frequent direct contact with them to ask questions.

The Bottom Line: Parents would very quickly find out from their vendors if any European formulas were ever recalled.

For any parents still concerned about this, imagine an alternative—if you were to buy Enfamil via Amazon, Costco, or your local grocery store, and didn’t monitor Enfamil’s news feeds (who does?)…how quickly would you find out about any recalls?

Knowing that my formula comes from vendors who religiously focus only on finding and supplying the best formula puts my mind far more at ease when it comes to trusting that they’ll tell me about recalls.

I’ve gone point by point here on why the New York Times Parenting article was so poorly researched, misleading, and, in some cases, flat out incorrect.

It’s disappointing, and also begs the question—what was the motivation for this article getting published?

While it’s not possible to exactly know what was behind this article being written, I’d encourage parents to do their own research on the relationships between the main medical authority cited in the article (Dr. Abrams), US formula white-label companies (like Perrigo, who would have an interest in seeing an article like this get published), and the authors of the NYT article.

Perhaps the saddest potential fallout of the NYT article is the risk that some readers fall for the scare tactics and purchase FDA-approved formulas, with ingredient lists that typically look like this:

This is the real problem that news outlets should focus on when it comes to baby formula.

I hope this post was helpful to any of you who read the NYT article and had questions. I am sure parents who have done their research in this field will agree with me in my sincere hope that future reporting on this subject be not only more accurate, but also promote a world in which American parents can more easily get access to top quality, clean, nutritious formulas for our little ones!

6 responses to “Are European Baby Formulas Safe To Use?” 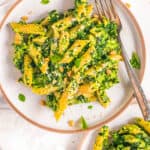 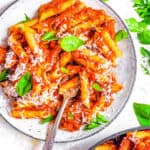 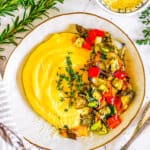 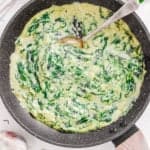 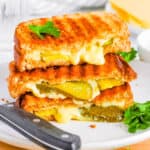 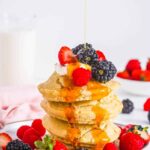 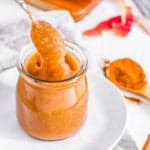 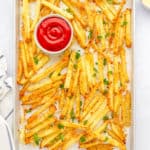 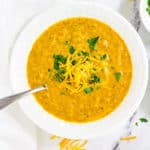 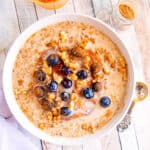 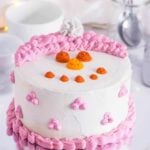 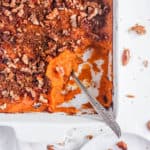 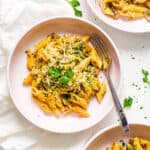 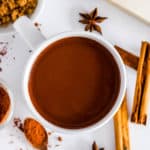 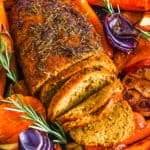 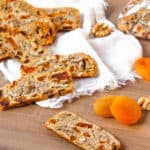