Home › My Story › Potty Training Basics (The first 3 days, and the first year!)

Potty Training Basics (The first 3 days, and the first year!) 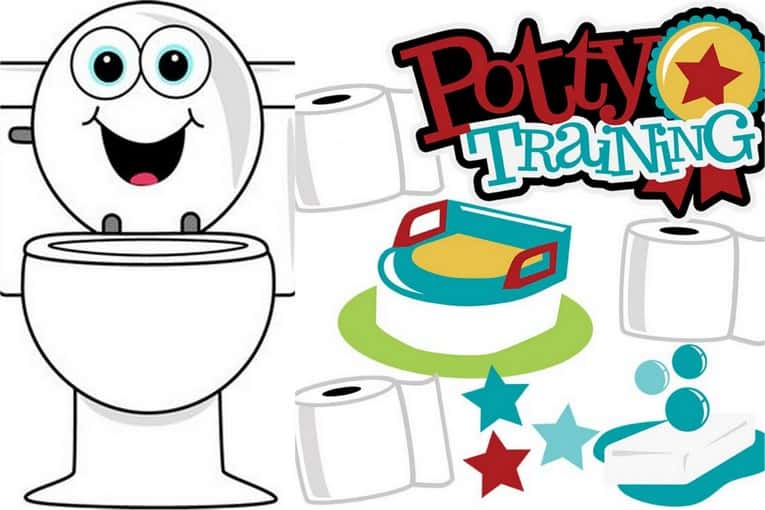 There are so many articles out there about potty training: the different methods (3 day vs. baby-led), different tools to use (book recommendations, a separate potty chair vs. the kid seat for the big potty), and opinions — that when I started getting asked questions about how we potty trained Layla, I wasn’t sure I had much to add to the advice already out there!

Then I realized that most of the articles I read talked about the process of potty training — what to do before, what things to get, etc. But none of them talked about what happens a week later, a month later, and even a year later!

I just assumed that once we potty trained Layla, she might have an accident here or there, but in general we’d be on a steady path away from diapers. I also thought that if she didn’t show any anxieties about using the potty initially or even after a few months, that we’d be in the clear.

Boy, was I wrong!

So here is our potty story: the easy, the frustrating, and the truth! 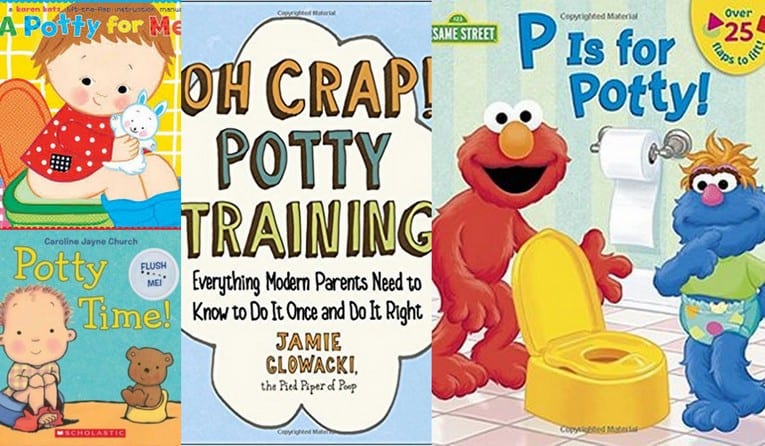 To start, here are a few FAQs:

How old was Layla when you started potty training?

She was about 2 when she showed an interest in the potty, and so for a couple months we’d just “mock” it — have her sit there with her diaper on, get her used to washing her hands after, etc. Then one magical day when she was 2 years, 3 months, she took off her diaper and said she had to go pee on the potty. And she actually did! It was awesome. Essentially, we just let her lead from there, and kept putting her on the potty to go pee (didn’t attempt pooping on the potty for a couple months).

Did you buy any potty books?

No, we tried to go as lightweight as possible. Since we waited until Layla asked to go on the potty, and since she was fairly good at bladder control in the beginning, we didn’t end up needing to buy a book (initially – more on that later).

How long did it take Layla to be potty trained?

Once she went pee that first time on the potty, it was only about a week until we had no more accidents. She trained herself for pee pretty fast! For poop, we let her lead that too — and it was about 3 months later when she pooped on the potty for the first time (so she was about 2.5 years old when she was done being potty trained). Done is a loose term though – read on!

Did you buy a separate kid potty, or did you use a potty seat for the regular toilet?

I was grossed out by having to clean out a kid potty multiple times a day, so we decided to start with a seat that goes on a regular toilet. We loved this one from Baby Bjorn, and this one from Baby Cubby. Layla had no problem with the regular toilet – we animated it for her so she could “talk” to it and learn about flushing and where everything goes, etc. – which I think helped.

Did you give her treats or incentives to go?

No, not initially, mainly because we didn’t have to! We did a lot of cheering and positive verbal reinforcement, but never had to do treats as a bribe. Later on though, we did!

Did you let her wear underwear overnight?

No. We still put a pullup on her at night – a year later! 99% of the time, her pullup is dry. But there have been a handful of times in the past year where her pullup is totally full of pee in the morning, and to avoid having to clean up an accident at 3am, we are still doing pullups at night. We’ll probably let that go when she’s 4 or so and see how things go from there. For her naps, she wears underwear.

What was easy about potty training?

We got lucky with a kid who basically potty trained herself. She had good bladder control and pooping control from the start, we literally only had 2 accidents for pee and 1 for poop, so initially we didn’t have to do much work. The real work came with managing all the regressions – which I didn’t anticipate!!

So what were these regressions?

Ok. Here goes. Layla’s regressions for potty training all had to do with poop unfortunately. Pee was always fine from 2 years 3 months onwards. But pooping. Oh. my. God. I have never talked about poop with another adult (or child) so much in my life!

It all started with her first (and only) pooping accident. She was just about 2.5 years old, and she was napping in her crib. We think she forgot that she was napping, woke up because she had to poop, thought she was in the bathroom, pulled down her pants, and went in her crib. And then she laid down in it. 🙁 🙁 🙁

After that incident, she just started holding her poop. FOR DAYS. She was terrified to go. It had nothing to do with the potty, it all had to do with the act of pooping. She wouldn’t even go in a diaper. And our kid is STUBBORN. No incentives, no treats, nothing would work. After 3 days, we had to give her Miralax (which btw, is an excellent, non-habit forming, no-side-effects, tasteless stool softener that will work on the most stubborn of kids!) That worked. Her fear of pooping took about 3 weeks to subside, thanks to the help of Miralax every day which prevented her from holding it. We also used Lara Bars as positive reinforcement (since Layla thought they were dessert). So every time she pooped on the potty, she’d get like 1/8th of a Lara Bar, and lots of positive verbal reinforcement from us.

We thought we were in the clear.

Then, about 5-6 months later, the fear of pooping came back! We think this time it was because she had ONE uncomfortable poop, and then again, she just never wanted to go. Again, not related to the potty, just related to the act of pooping (again, when offered a pullup to go in, she said no). She was terrified of her poop “hurting her bum.” And again, no treats or bribes would work.

3 days, 4 days, and Miralax again. This time the fear was more persistent — because it’s 5 months later and we’re still dealing with the on and off anxiety about pooping. We’re almost 1 year from when we first declared Layla “potty trained!”

It was about this time that we started looking into books, and found this one, called “It Hurts When I Poop,” especially helpful. Layla really related to the main character and still talks to him from time to time (as an imaginary friend) when she’s feeling anxious about pooping.

At this point, because her anxiety was coming back on a weekly basis, I started hating the fact that I had to give her Miralax multiple times a week. First, because I didn’t like the idea of a constant stool softener (even though Miralax is mild and not habit forming), and second, to make it effective, you have to mix it in juice (and I definitely didn’t like the idea of giving her juice so often!)

Then, one of my friends came up with the brilliant idea of giving Layla baby prunes daily to help “keep things moving.” I used Plum Organics Baby Prunes and it worked like a charm!! I told Layla it was apple sauce, and she’d happily eat half a packet a day. I feel a lot better about it because it’s literally just organic prune paste. We’ve been doing that for about 2 weeks now and it has been working well.

But I have no illusions that we are completely over all anxieties about bodily functions. Our pediatrician said that sometimes when kids develop a fear of pooping or peeing or the toilet in general, that it can take months or even years to subside completely!! How crazy is that? That is the one thing I wish someone had told me when we were potty training Layla. That even when you think you’re done and think you’re in the clear, that regressions can still happen at the most random times.

So what’s my advice about potty training?

And if you have any questions or need advice about a stubborn toddler, don’t hesitate to reach out to me! We have been through the ringer with Layla, so I have tried just about every trick in the book at this point! I hope this post helps you with potty training your little one when the time comes!