By Anjali Shah on May 16, 2022
This post may contain affiliate links. As an Amazon Associate, I earn from qualifying purchases. Please read my disclosure.
Share This:
Jump to Recipe Jump to Video Print Recipe 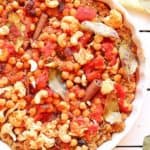 This traditional Vegan Biryani with Cauliflower is one of my favorite vegetable curry recipes! It’s made with chickpeas, brown basmati rice, and quinoa for a well-balanced and tasty vegetarian meal, full of Indian spices. It’s super healthy, absolutely delicious, naturally gluten free and family friendly too!

“Biryani” might sound like a super complicated or fancy dish, but in Indian cuisine it’s actually just a mixed rice dish – made with tons of warm spices, a grain (usually rice, but it can also be done with quinoa or even barley), vegetables, and some sort of protein. It’s a simply delicious vegan meal idea!

The traditional version of biryani is very rice heavy (usually white basmati rice), heavier on oil with fried onions, and lighter on the vegetables or meat, if added. And vegetarian biryani typically doesn’t have any protein added – it’s just rice and veggies. It tastes delicious but isn’t the most nutritious or filling meal.

This gobi biryani masala is loaded with veggies, has chickpeas and quinoa for added protein, brown rice for fiber, and it’s light on oil, making it a healthy, nutritious flavorful main dish!

The end result of this lightened-up authentic recipe was SO GOOD! The kids loved it too – they ate it up and asked for seconds! It’s a healthy vegetarian Indian recipe!

This might seem like a long list of ingredients for this vegetable biryani recipe, but most of the items you need are just spices you can find at just about any grocery store (and definitely at any Indian grocery store!)

Spices: The key to an authentic biryani is all about the spices. You’ll need Whole cumin seeds, Green Cardamoms, Bay Leaf, Cinnamon Stick, Turmeric Powder, and Garam Masala. We also added some fresh green chili peppers (serrano chilis) for heat, but you could add some chili powder or black peppercorns as an alternative. Adding minced garlic cloves and grated fresh ginger are optional and will only provide an additional layer of flavor. You can find all of these spices at an Indian grocery store. To save time, you may also be able to find a pre made biryani spice mix that you can use in this recipe if you can’t find the individual spices!

Vegetables: You’ll need two large tomatoes, sliced onions, cauliflower, and spinach. Of course, this recipe is flexible, and you can add more vegetables, or swap these vegetables out for the vegetables you prefer.

Rice and Quinoa: A combination of both brown rice and quinoa give this vegetable dum biryani added fiber and protein which makes it super filling!

The great thing about this plant based biryani is that you can customize it in so many different ways! Here are some of our favorites:

Vegan Jackfruit Biryani: Instead of golden raisins, try jackfruit for some sweetness along with the veggie & chickpea mixture.

Different Grain: Try barley, or a mixture of brown and white basmati rice, or for a low carb option, make a cauliflower rice biryani by substituting all or half of the grain with cauliflower rice!

Vegan Chicken Biryani: Throw in some shredded vegan chicken with your veggies to make a mock meat biryani!

🔪 How To Make Vegan Biryani With Cauliflower

Step 1: On the stove top, bring one cup of water to a boil over medium heat. Once it’s boiling, add brown rice, quinoa, and 1/2 tsp saffron threads. Stir and reduce to a low flame over low heat and let the rice mixture cook.

Step 2: Preheat the oven to 350 degrees. Puree tomatoes, chopped onion, and chiles to taste in a food processor, scraping down the sides as needed, to make a smooth sauce.

Step 3: Heat 2 teaspoons of olive oil in a large pan over medium-high heat. Add raisins and cashews and cook, stirring, until the raisins are plump and the nuts are lightly brown, 1 to 3 minutes. Transfer to a plate.

Pour in the pureed tomato mixture (it may spatter) and reduce heat to medium. Stir in garam masala, 3/4 teaspoon salt, and turmeric. Simmer, partially covered, stirring occasionally, until most of the liquid evaporates, about 15 minutes.

Step 5: Stir spinach, cauliflower, chickpeas, and up to 1 cup of water into the tomato sauce. Cover and remove from the heat. Lightly coat a 9-by-13-inch baking dish with cooking spray.

Step 6: Spread half the chickpea curry evenly in the prepared baking dish. Spread the rice mixture on top of the curry. Spoon the remaining chickpea mixture over the rice. Scatter the reserved raisins and cashews over the top. Cover with foil.

Step 7: Bake until the vegan biryani rice is tender, about 35 minutes. Remove the bay leaves, cardamom pods, and cinnamon sticks before serving this meatless biryani.

Can you make this recipe in a pressure cooker?

The answer is: it depends! If you make a veg biryani with white rice, tons of oil, and no added protein or minimal veggies, it’s not that healthy. But with just a few tweaks I was able to take this classic dish from my childhood and turn it into a tasty, healthy, comfort food dinner!

Here’s why this recipe is so much healthier than the traditional version:
Made with Whole Grains: A traditional biryani is made with white rice. This lightened-up version is made with a combination of quinoa and brown rice adding whole grains, fiber, and added plant protein.
High in Plant-Protein: The addition of quinoa, chickpeas, and yogurt (for serving) adds plant protein to this dish making it heartier and more filling.
More Vegetables: Extra cauliflower and spinach are added to this Biryani making it a well-balanced meal.
Lower in Calories: And at less than 300 calories per serving, you can go back for seconds and feel great about it!

What is the secret ingredient of biryani?

The secret ingredient to an aromatic vegan biryani recipe is in the spices. Garam masala, green cardamom pods, and whole cumin seeds are what give this recipe its distinct flavor.

What is the difference between Pulav (pulao) and biryani?

The main difference between these two dishes is in the preparation of the rice.

For a veg biryani, the rice is boiled first in water, then drained, dried, and layered with other ingredients for the final dish.

For pulao, the amount of water is completely absorbed by the rice, vegetables and other ingredients in the dish – everything is cooked together as a one pot meal.

This dairy free biryani is a one-pot meal with whole grains, protein, and lots of veggies. We served this dish with a big dollop of plain vegan yogurt on top which added a creamy and cool element to the meal. Add a touch of lemon juice to balance the flavors.

You can also serve this cauliflower biryani masala topped with caramelized onions, or mango chutney. It’s a filling dish on all its own. If you’d like to add something on the side I suggest a light green salad.

❄️ How To Store

This easy vegan biryani keeps in the fridge for up to 4 days, so while this makes a good amount of food, you can just cook once and eat it twice (or more)! Be sure to store the remaining rice in an airtight container. Reheat in the microwave, or warm in the oven.

If you have tried this recipe, then please rate it and let me know how it turned out in the comments below! 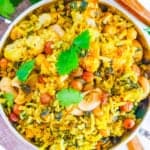 From samosas to curry, I have recipes for everyone’s Indian favorites.

Try a trendy golden milk turmeric latte or a healthy homestyle sabji and fall in love with these rich flavors.

50 responses to “Vegan Biryani With Cauliflower” 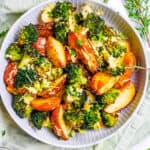 Roasted Broccoli And Potatoes With Parmesan 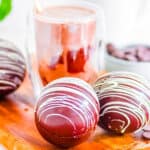 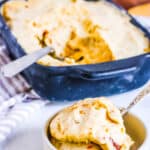 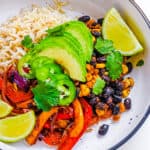 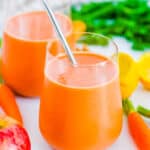 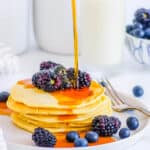 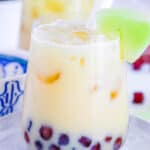 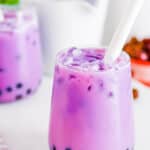 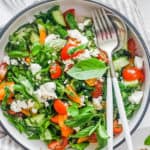 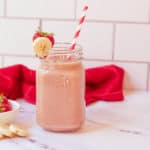 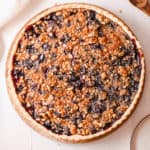 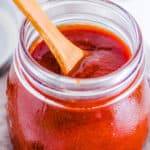 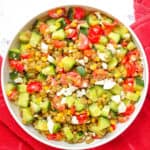