By Anjali Shah on November 11, 2012 · Last Updated on April 25, 2019
This post may contain affiliate links. Please read my disclosure.
Share This:
Jump to Recipe Print Recipe 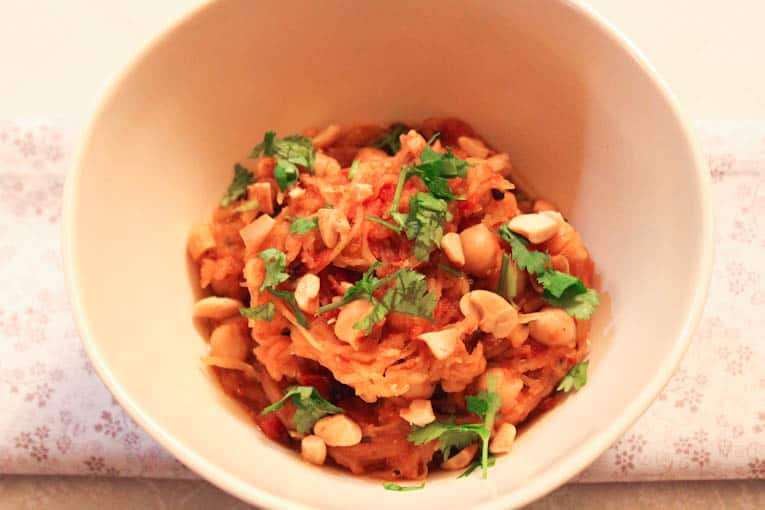 Before last week, I had never made spaghetti squash before.

I had never even bought spaghetti squash before.

While that was primarily because I was pretty sure the husband would get freaked out at the idea of spaghetti squash (no way would that fly as a pasta substitution – he would make a face and say, “that’s weird. you can’t call that pasta”), I was also a little intimidated by the idea of cooking it and making it taste good.

But then, a couple weeks ago, I joined a CSA.

And so I set out on a quest to make the most wonderful spaghetti squash recipe that was spicy, delicious, and filling. One that the husband would enjoy, and one that would make a great Sunday night dinner. 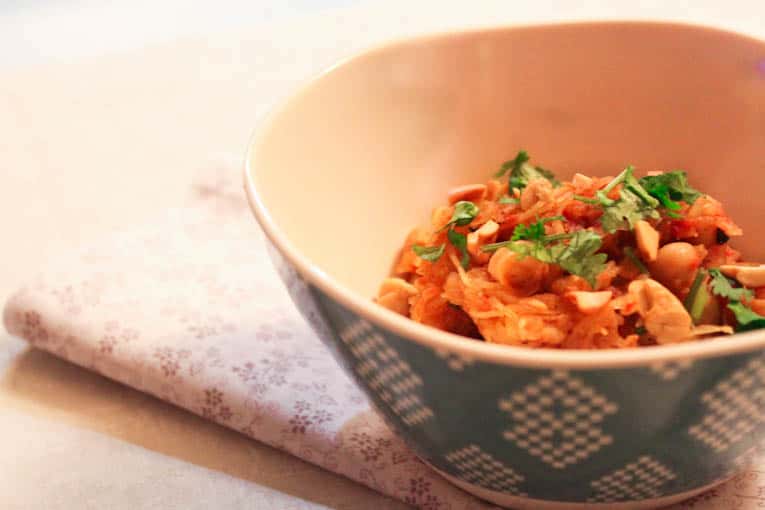 Since spaghetti squash alone is pretty bland, I decided to turn it into an Indian inspired “pasta.”

To start, I added rich spices like cumin, coriander and cayenne, and then threw in some chickpeas and cashews for texture. For some freshness, I added cilantro and tomatoes.

While making spaghetti squash is somewhat labor intensive (you’ll see in the directions), it was still great to try and I had fun scraping out the squash to make my Indian “spaghetti.” It is pretty amazing how, once baked, the squash literally makes flawless spaghetti shaped strands when you scrape it out with a fork!

This recipe turned out to have the perfect balance of flavors, and we really could eat it like a pasta dish! The husband actually liked it, and we pretty much had no leftovers.

The Directions
.
Step 1: Prep your spaghetti squash — Cut it in half, scrape out all the seeds and gunky pulp, and roast it face down in an oiled baking dish at 375 degrees for 40 minutes. Let cool.
. 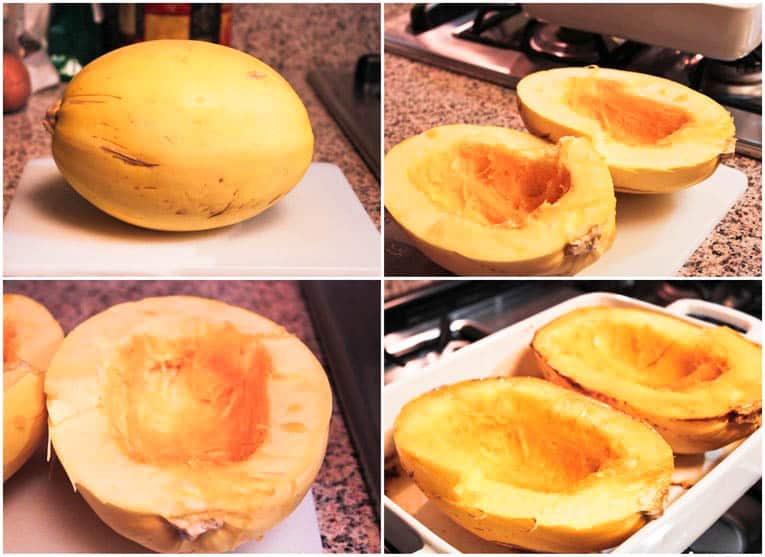 Step 2: Scrape out the spaghetti squash with a fork, until you have a bowl full of cooked “squash pasta.”
. 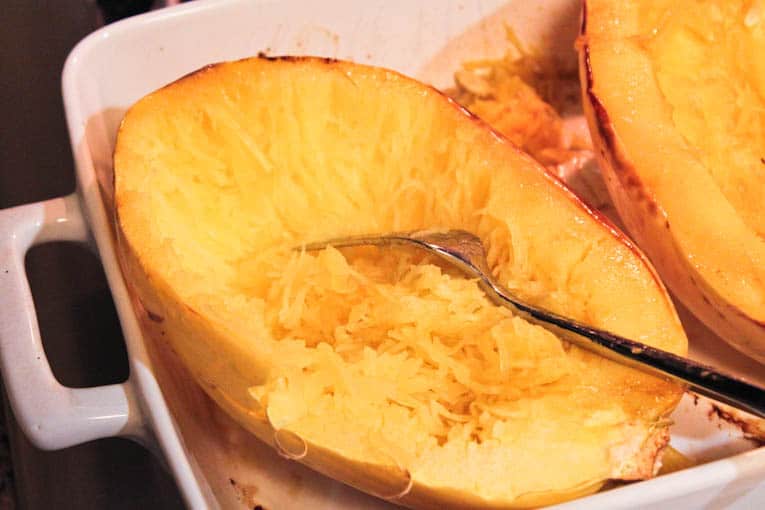 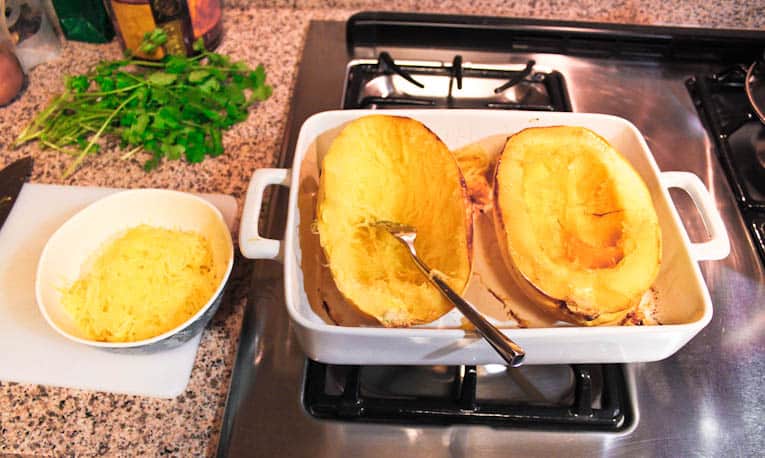 Step 3: Set the squash aside, and heat a large pot over medium heat.
. 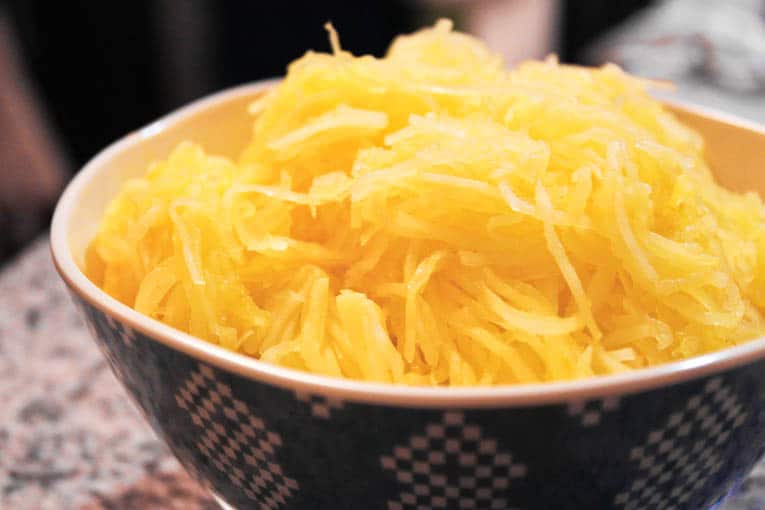 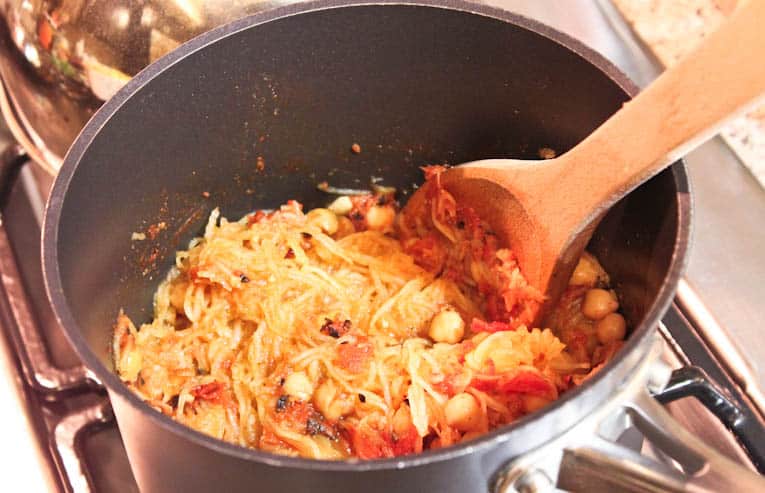 Step 5: Toss with cilantro and cashews, and serve.
. 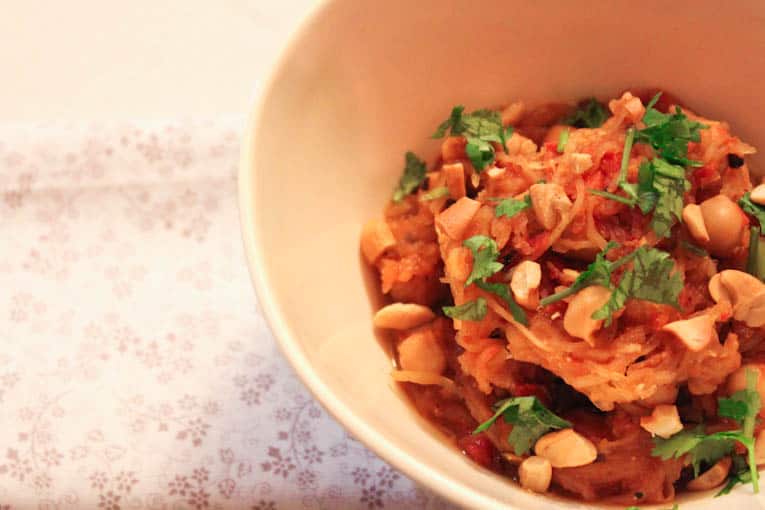 This recipe just happens to be vegan, healthy and gluten-free – and it’s just a really unique dish overall.
.
I hope this post inspires you to try spaghetti squash at home – you won’t be disappointed!
. 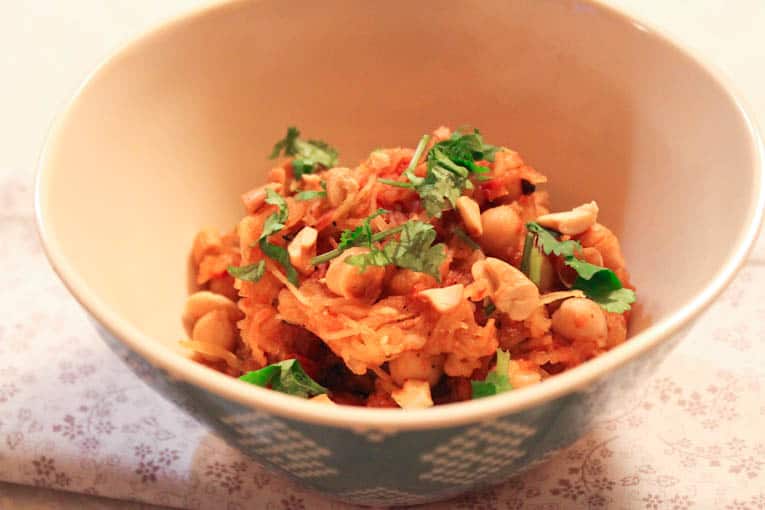 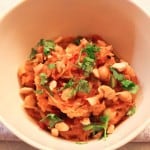 I set out on a quest to make the most wonderful spaghetti squash recipe that was spicy, delicious, and filling. One that the husband would enjoy, and one that would make a great Sunday night dinner.
Prep Time20 mins
Cook Time40 mins
Total Time1 hr
Course: Main Course
Cuisine: Indian
Servings: 4 servings
Calories: 214kcal

From healthy baby food to student snacks and comfort food favorites, I have delicious, nutritious, plant-based recipes for the whole family (picky eaters included!) to enjoy.