By Anjali Shah on January 13, 2019 · Last Updated on April 25, 2019
This post may contain affiliate links. Please read my disclosure.
Share This:
Jump to Recipe Print Recipe 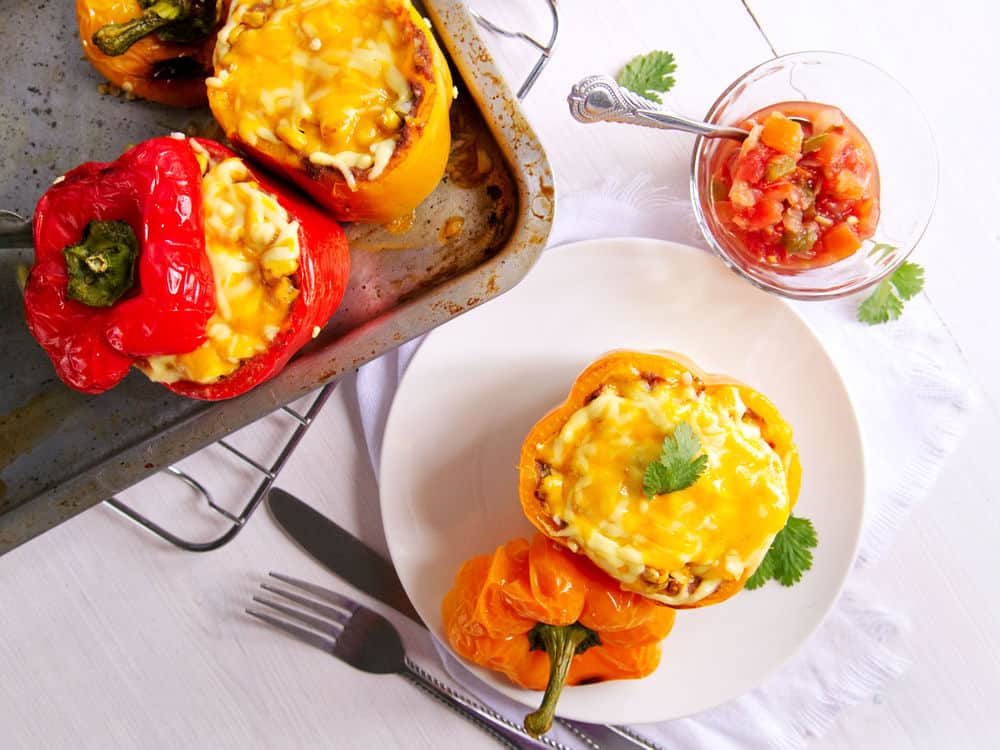 Sometimes, dinners don’t turn out the way you plan. This recipe started out as one of pure necessity, but ended up being a totally delicious and easy weeknight meal! I didn’t set out to make stuffed peppers – I didn’t have any dinner plan really. It was one of those nights that ended up being super busy with the kids, and 8pm rolled around and the husband and I realized we had nothing to eat for dinner! We didn’t want to order takeout – both of us were craving something homemade and healthy. In the fridge I had: 3 bell peppers, refried beans, cooked brown rice, corn, cheese and salsa. No other fresh produce except a few herbs! Initially I was thinking – Tacos? Burritos? But I didn’t really feel like a wrap-situation. So I decided to try to make Mexican Stuffed Peppers out of what we had in our fridge! 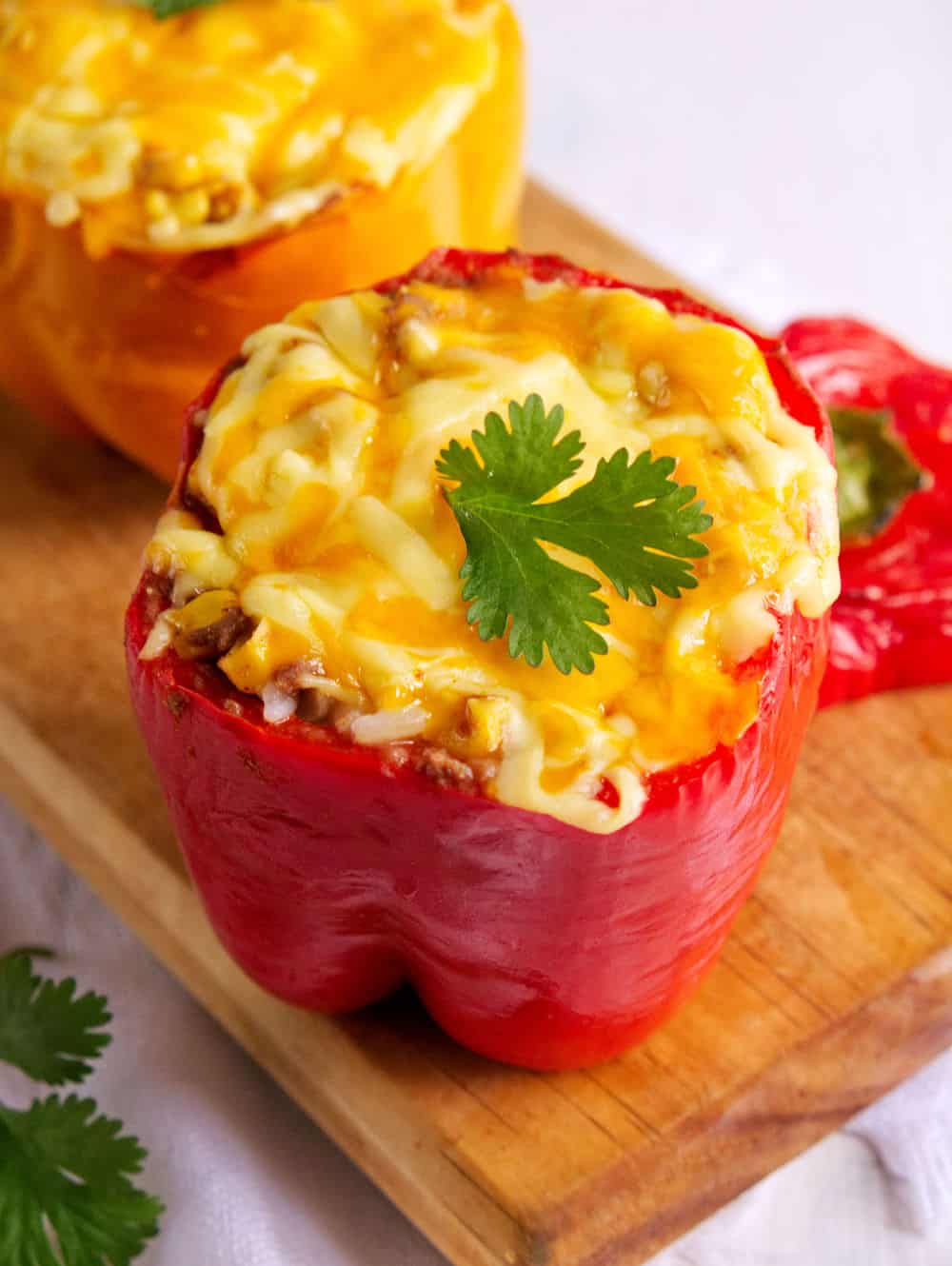 It was such a simple recipe, but turned out to be absolutely delicious. I gave it to the kids the next day for dinner and they gobbled it up too! I just had to cut it into super small pieces for Ayan, since he’s only 17 months, and has only 8 teeth 😂

Thanks to a bunch of spices and roasting the peppers before hand, this dish had great texture. The next time I make it I’ll probably add some chopped spinach into the corn filling – for some additional veggies. And I’ll be topping it with guacamole for sure in addition to salsa, and maybe even layering the refried black beans in between the corn & rice mixture – in addition to putting on the sides of the peppers. I might even switch up the brown rice for quinoa!

There are tons of options with the filling of this dish, but no matter what you do with it, it’s guaranteed to be delicious. The recipe is below – I’m sure you will love it as much as we did! 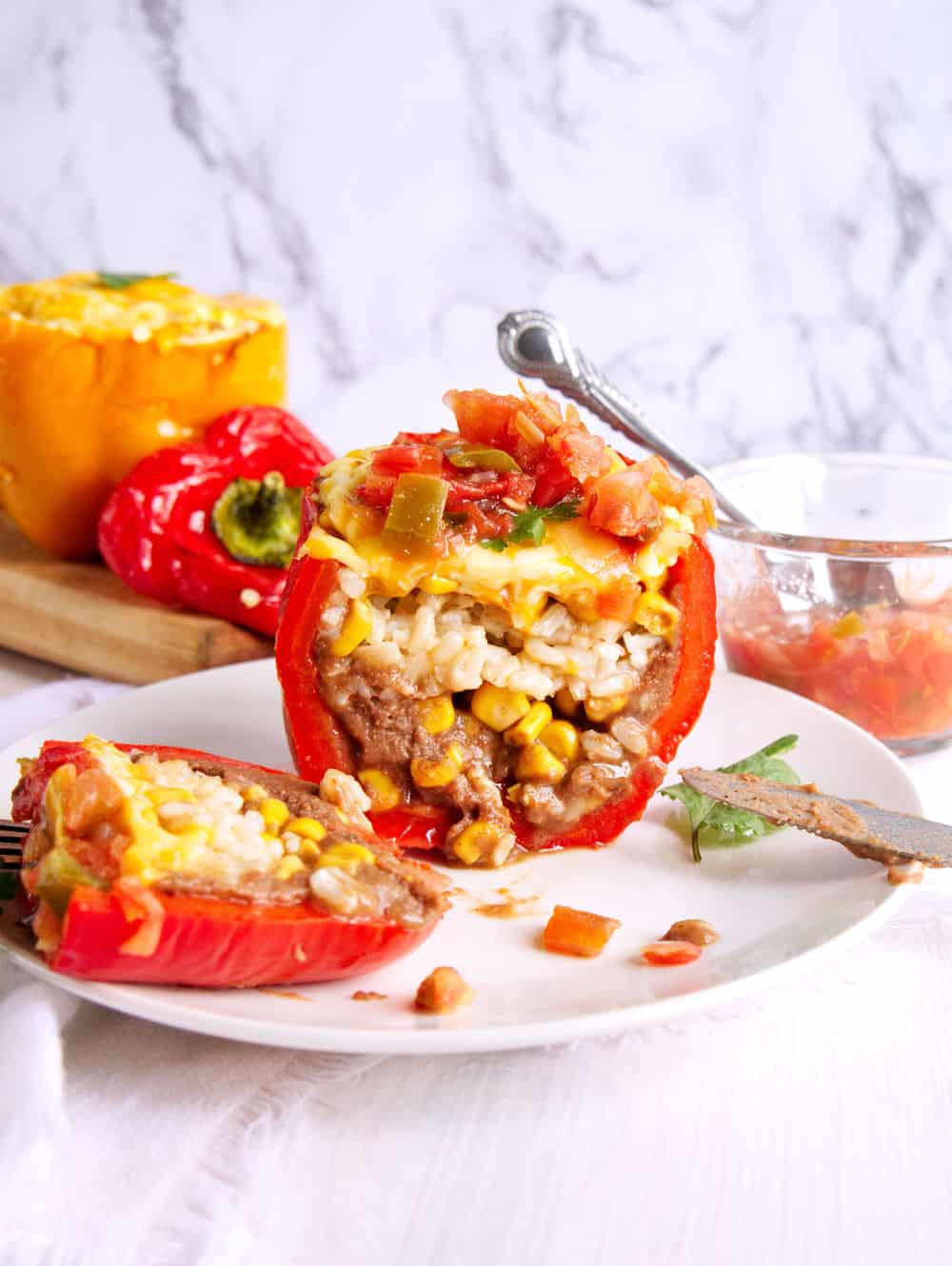 Step 1: Roast the peppers under a broiler (350 degrees for 5 min – or until the top of the peppers begins to blacken). At the same time, cook the brown rice (if it’s not already pre-cooked). 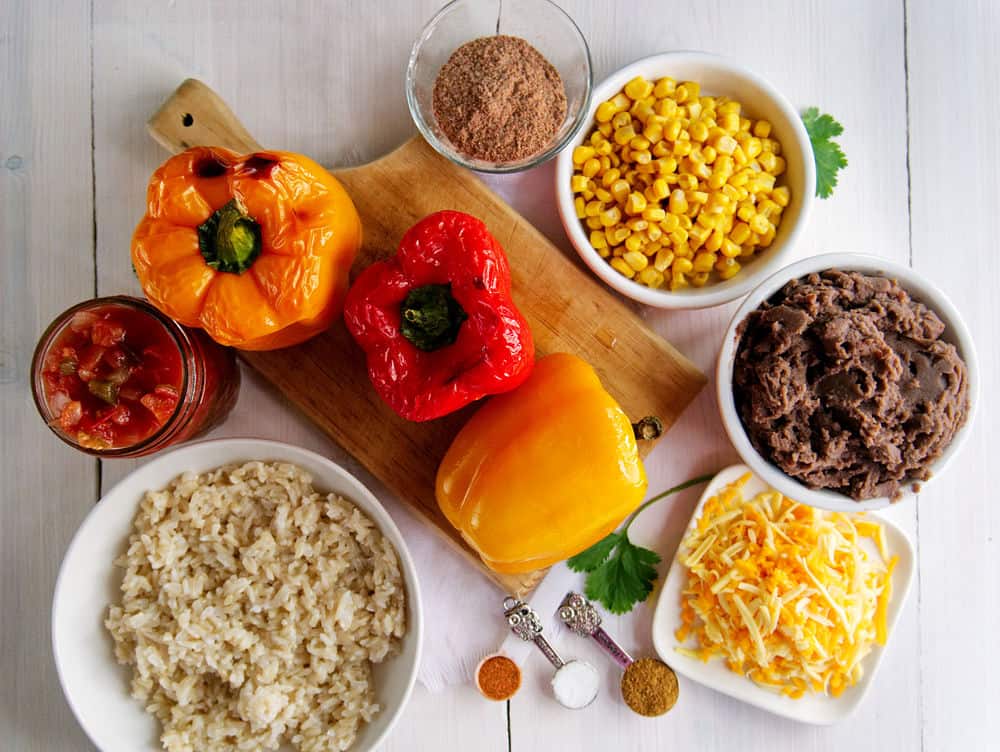 Step 2: Cut off the tops of the peppers, take out the seeds/etc. Set aside. 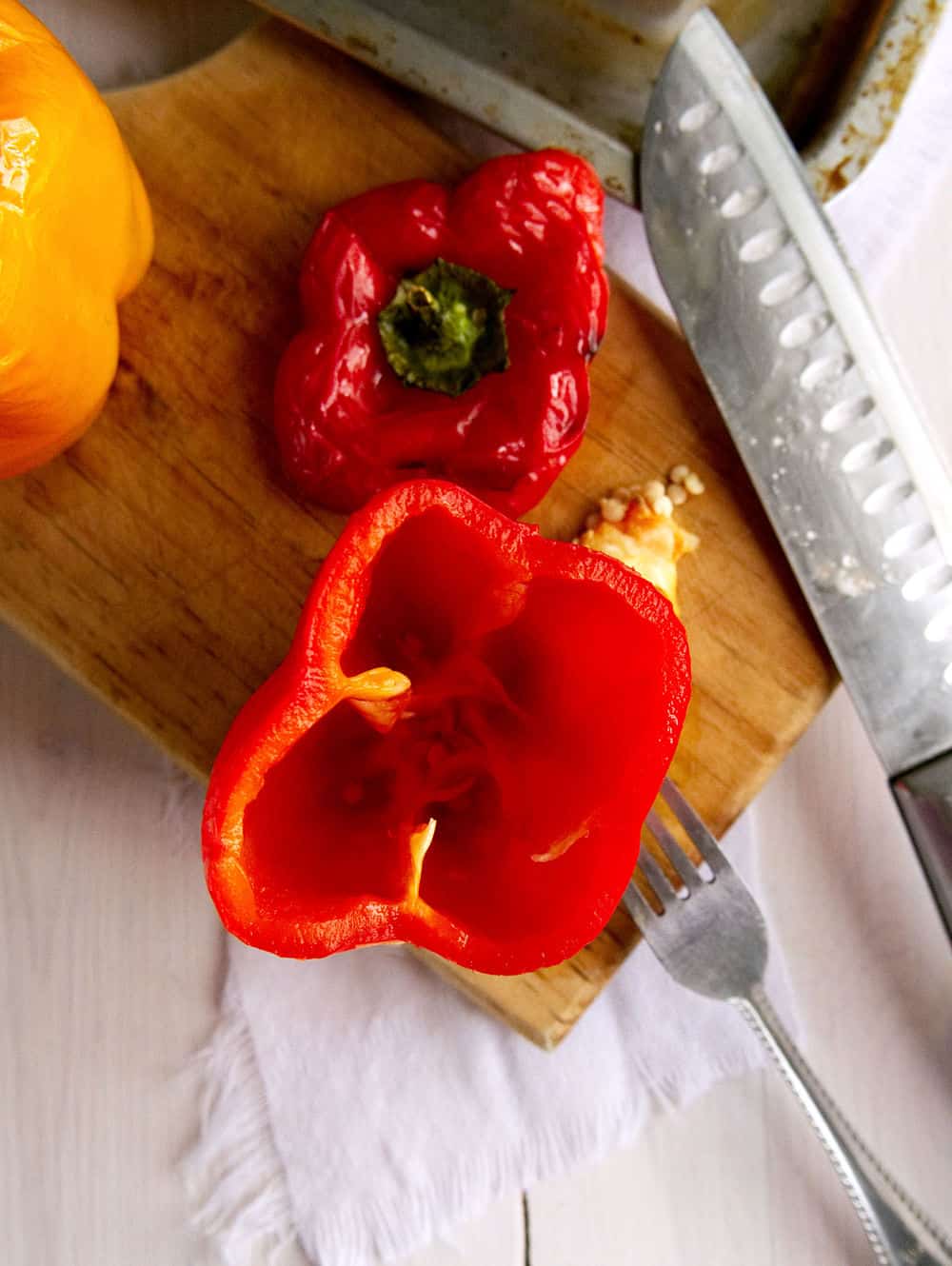 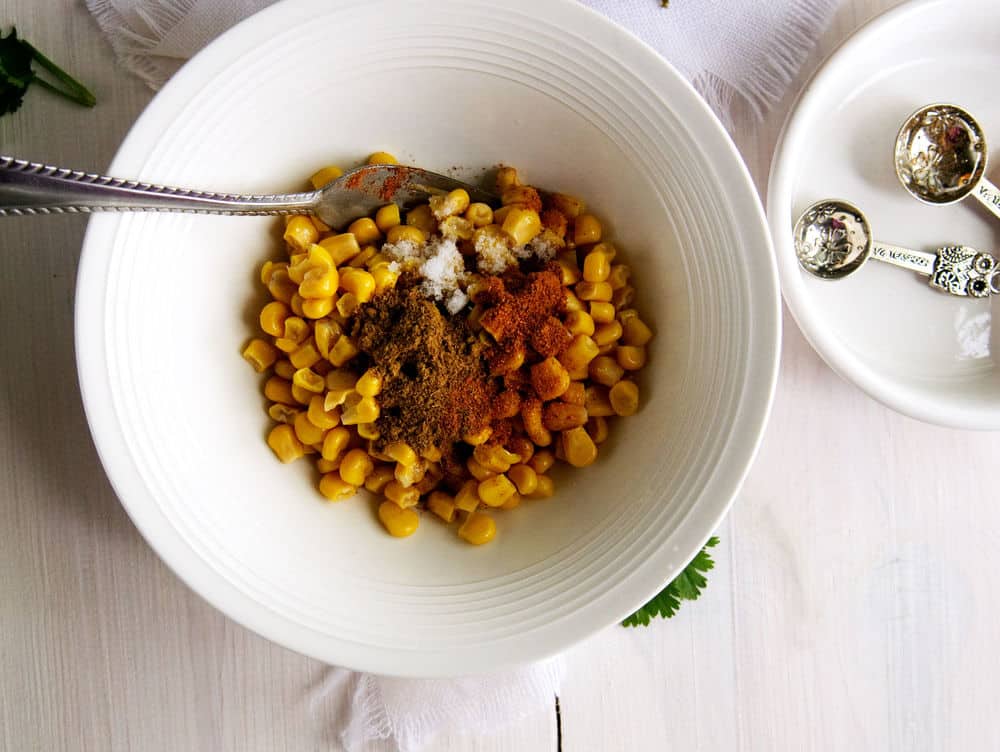 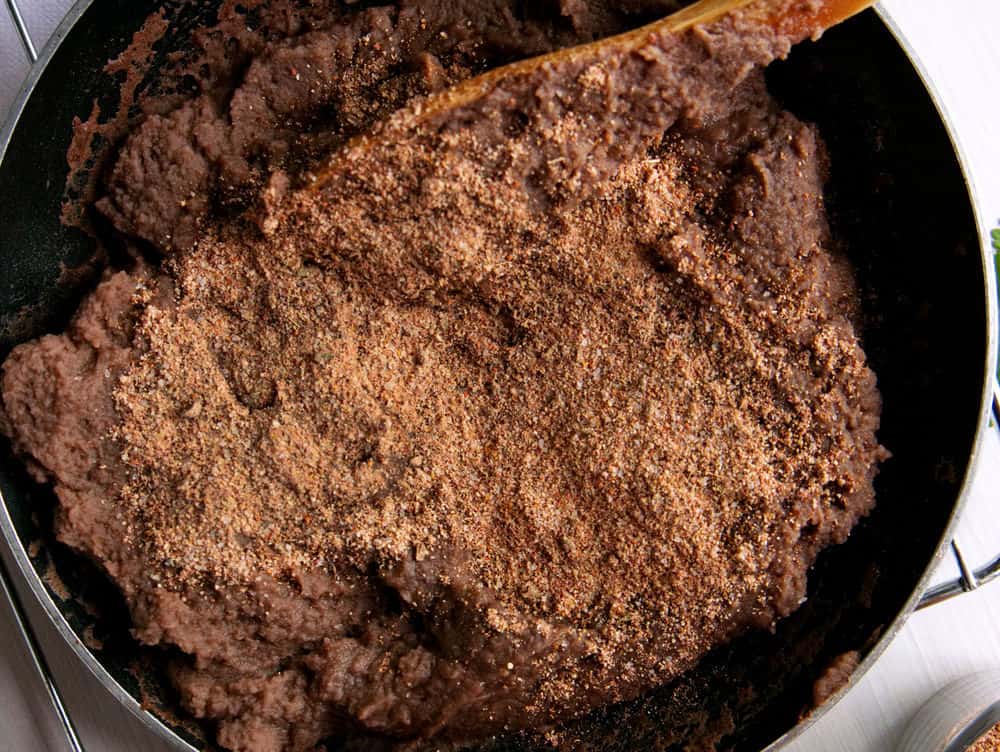 Step 5: Spread the black beans at the bottom and along the sides of each pepper. 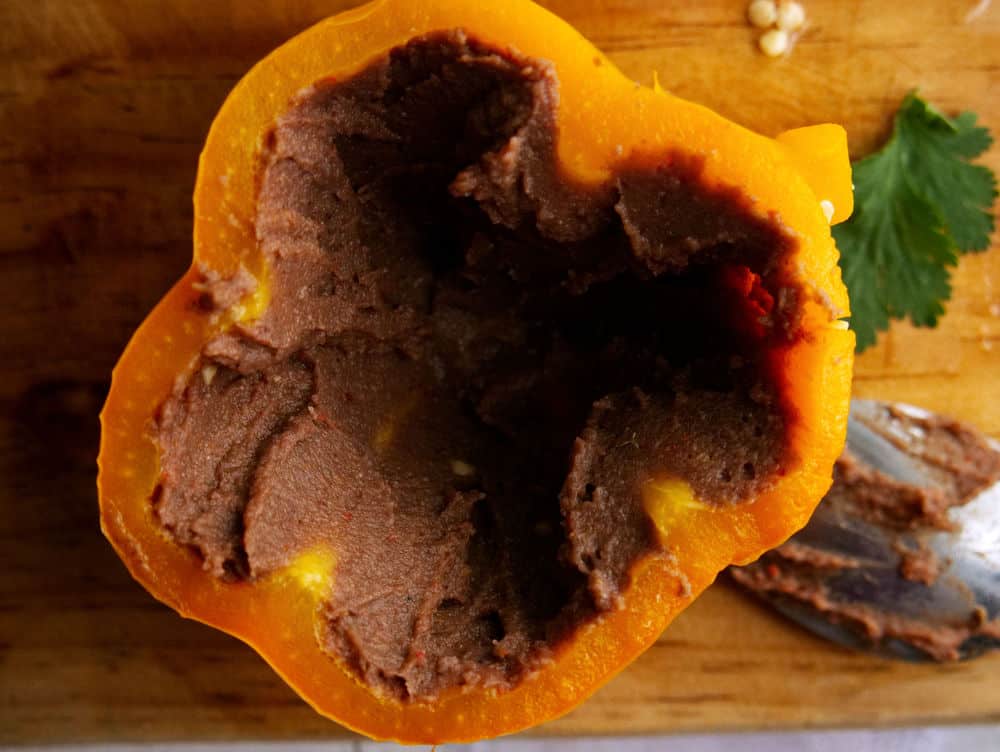 Step 6: Top with corn mixture, then with brown rice, then with corn again. Spoon 1-2 Tbsp Mexican cheese blend on top of each pepper. 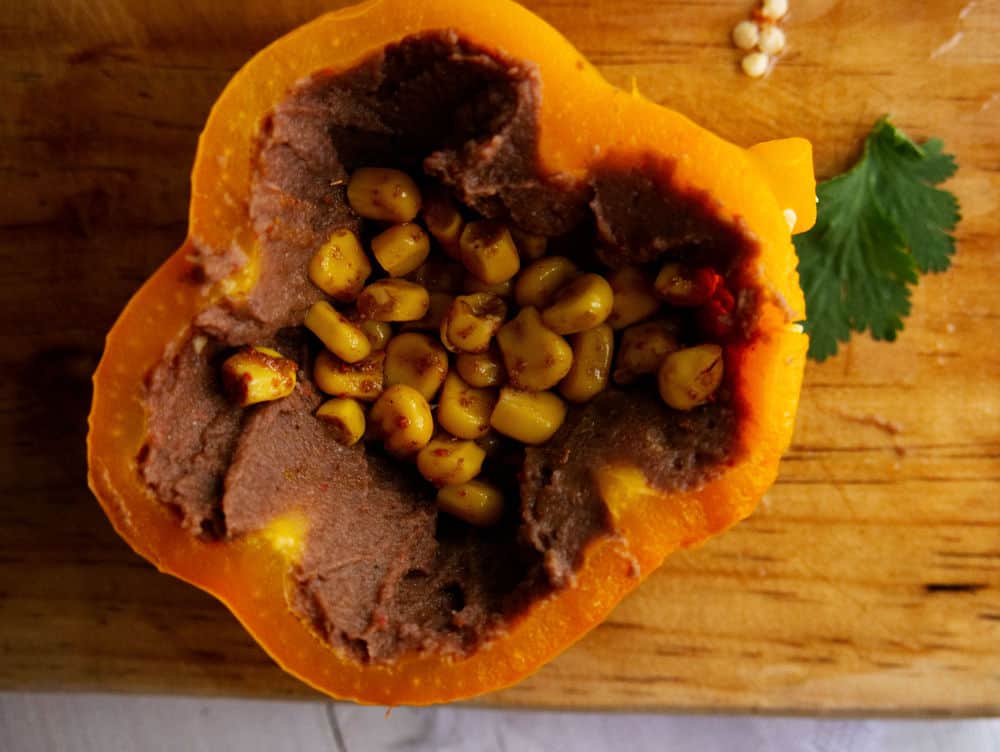 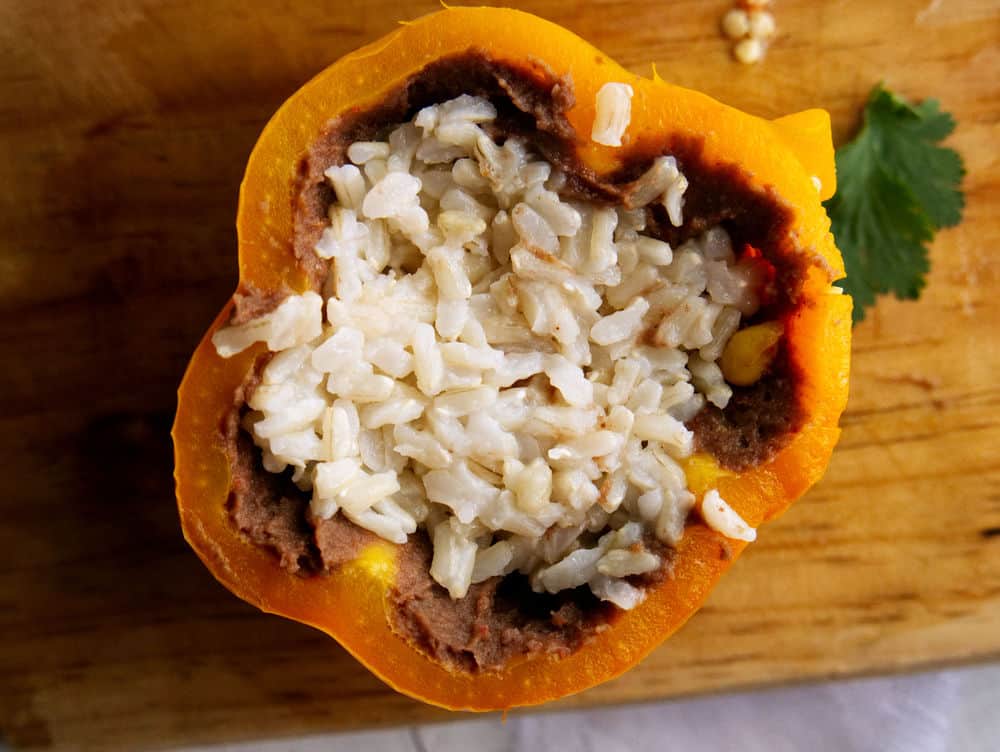 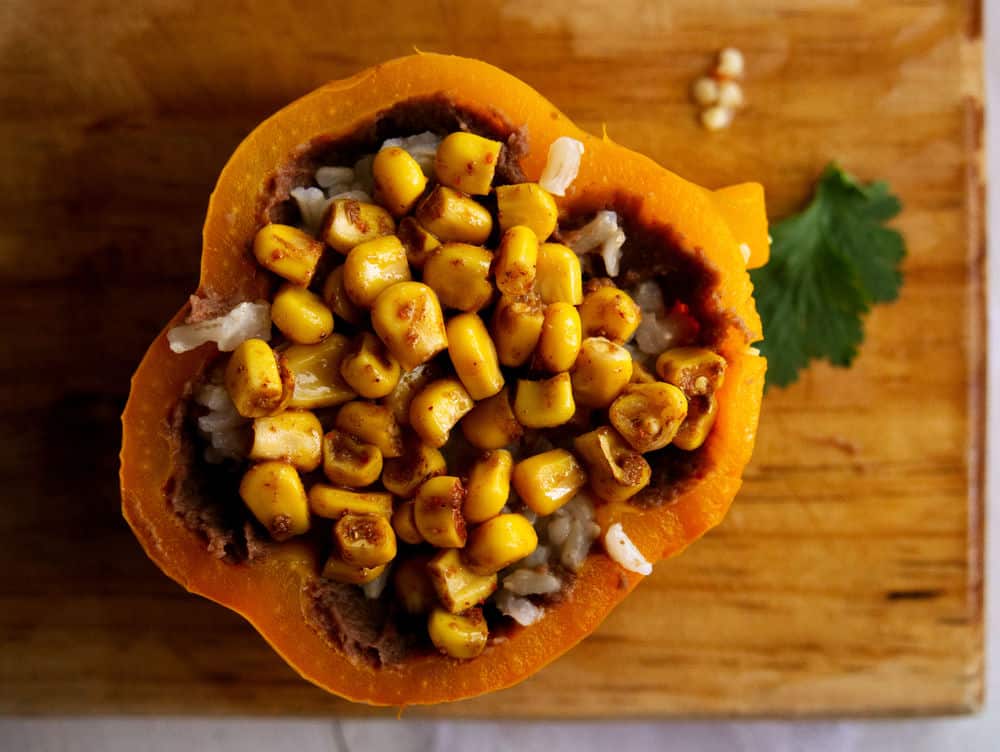 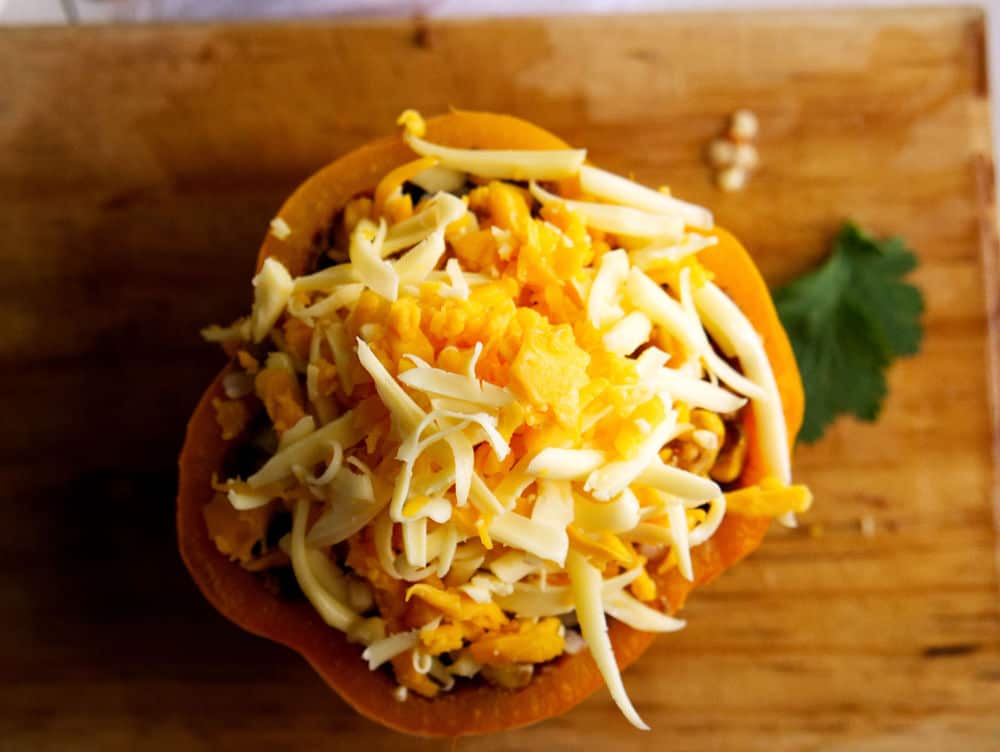 Step 7: Broil at 350 degrees on low for 5 min until cheese is melted and bubbly. Serve with salsa and/or guacamole. Enjoy!! 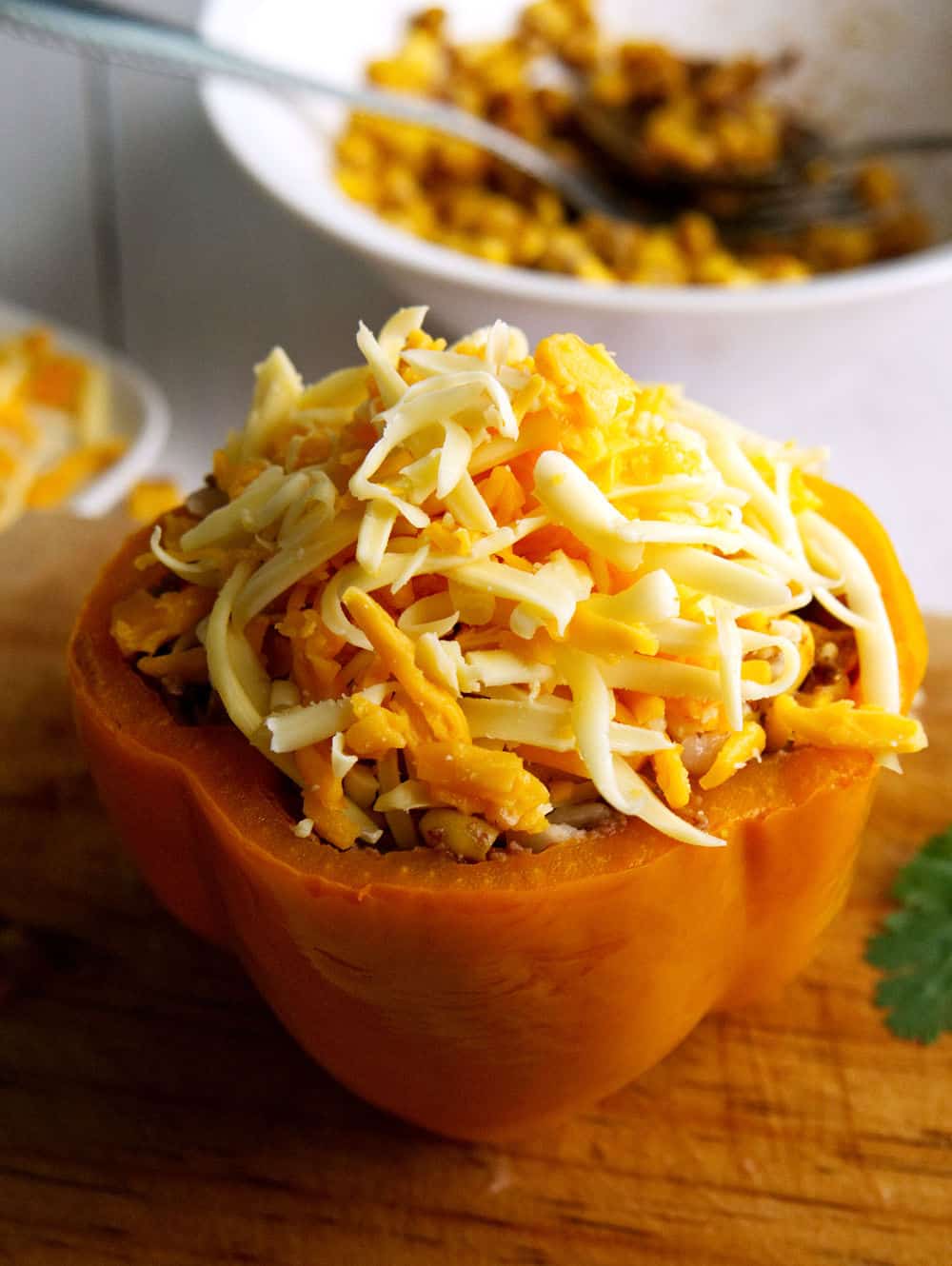 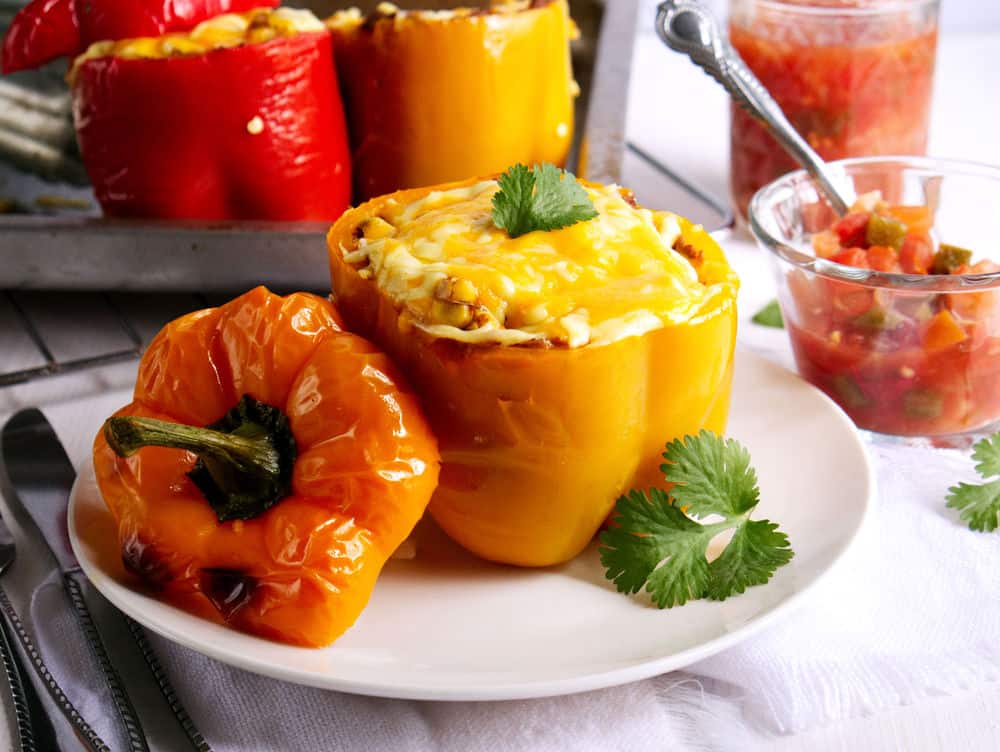 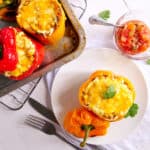 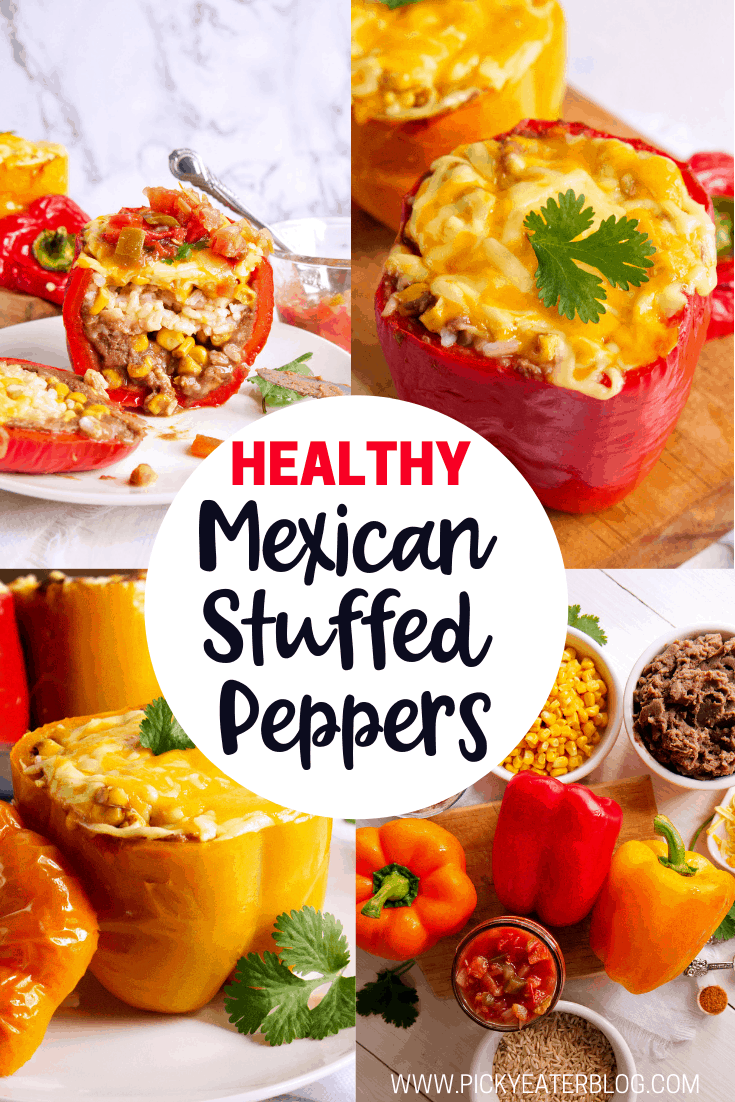